History of this Post: The South Platte Memorial Post 7356 was founded on September 24, 1986 after the Veterans of Foreign Wars, Kansas City, the Department of Missouri, and District 3 volunteers promoted the opportunity of starting a Post in the Platte Woods / Parkville area to Wade V. Scott (Scottie) and Bill Hoy.

First meeting in their homes they were successful in mustering enough members to create the Post. Then  they began meeting at the Platte Woods Pizza Shoppe and immediately started working for the community. There first project of note was a week long clean-up day of the old Bannaker School in Parkville, known as the "first all Negro school in the community”. The old school had significant historical background to the area and members of the newly formed VFW were the principle leaders in this campaign.

In 1994 the members decided to purchase the Mirror Lake Club House out of bankruptcy and restore the building that once was a historic location used by distinguished politicians in the area and other prominent guests such as H. Roe Bartle, Mayor of Kansas City, Harry S. Truman, Senator Stu Symington, Sen. Ed Long, and several Governors. While the members continued to support the community with scholarship programs, parades, and other activities the strain on their finances started the organization into a slump and inward workings. Besides rentals of their hall in 1995 they opened for the first time for breakfast on Saturday mornings, serving their members and the public.

Then came new leadership, starting in May of 2004, when the Post announced that they would send a World War II Veteran to Washington, D.C. for the opening ceremony of the WWII Memorial and conduct its own memorial at the Post that weekend with live satellite feed for all members. That same year they advanced a local High School Teacher to State for Teacher of the Year.

Exposure to the community was again brought forward when Post members dedicated a "Liberty Tree” dedicated to Korean War Veterans at the City of Weatherby Lake in June of 2005. Then in August of 2005, the Post brought the community together to fund a visit of the "Vietnam Traveling Wall” to Parkville. The total dollar and man-hours for the project exceeded $70,000 that was totally supported by the community.

In September 2005, the Post contributed to a local Parkville company to help deliver supplies to Gulfport, Mississippi after the devastating hurricane Katrina. In October 2005, the Post was honored with the ability to bring home 120 soldiers of the 326th Area Support Group U.S. Army Reserves Unit with a fitting ceremony and family reunion.

Starting in November of 2005 the Post membership adopted the Headquarters-Headquarters Company of the 101st Aviation Brigade, that one of their own was a member of, while she was deployed to Iraq. The Post members adopted the "Hidden Hero’s” the families left behind and sent Christmas gifts to forty-eight children along with monthly goody boxes to the deployed troops. While all of the above was going on the membership continued to sponsor three Boy Scout Units, a Cub Pack and a composite squadron of the Civil Air Patrol. Youth in the organizations developed into Eagle Scouts and two Park Hill South cadets of the Civil Air Patrol landed an appointment to the U.S. Air Force Academy. One a young lady soloed as a pilot before she could drive a car and is doing fine in her dreams of being a pilot for the Air Force.

At the end of the 2005-2006 fiscal year the Post had won honors at the VFW National level to include "All American” which is the highest honor that the VFW bestows annually to its Post, only 98 Post out of the 9,000 world-wide receive this annual honor. The Post also received the "National Outstanding Community Service Award” for their service to the community. The award of "All American” was received for 2005-06, 2006-07, 2007-08, 2009-10, 2010-11. 2012-13 and 2015-16. Seven times out of nine years is considered quite the accomplishment for a Post. The Post members continued to advance teachers to District as "Teacher of the Year” with thee of them winning the State Title. Each year the Post has advanced students in the high school with the "Voice of Democracy” scholarship programs and the Middle School students with the "Patriot’s Pen” programs.

In 2007 the Post found themselves in a bit of a set back, as they struggled to keep the Post home usable with the understanding that the Missouri Department of Transportation during the widening of the highway might take the building. This resulted in members not electing to do much in the area of repair. 2007 also marked a new adventure of teaming with the Platte County Sheriff’s Office with a "Save a Bike for a Tike” project. The VFW Post dedicated the lower half of their hall to recover from a local store some 100 returned bicycles. The Post membership, Sheriff’s Officer personnel, and a local bicycle shop repaired the bicycles so they could be distributed to needy children in the community over Christmas.

Then in 2009 the Missouri Department of Transportation advised they would not touch the building leaving the Post membership the cost now to rebuild/remodel or build new and several years behind in maintenance. The building is showing its age and needs some support. All the while the Post membership keeps their spirits high and continues to serve the Community and Veterans.

In 2008 and 2009 with the adoption of the 28th Infantry from Ft. Riley, while deployed to Iraq. Finding a need for special "Welcome Home – Get Well Soon” gift boxes of needed supplies for the returning wounded and sending goody boxes to Iraq on a monthly basis.

In 2009, the Post hosted an event that recognized two of their World War II members with the prestigious "French Legion of Merit” award from the French government for their efforts in France during World War II. Ribbons were presented by a Major of the French Army. In addition, in 2009 the Post membership elected to take over the finances of VFW Post 4050 in North Kansas City merging the two Post, retaining their current Post home and selling the one in North Kansas City, paying all of the other Post debts and absorbing their membership.

2010 the Post teamed up with South West Airlines, Inc. at Kansas City International Airport. Southwest developed a "Wall of Honor” within their gate area to honor veterans and active duty military personnel. The Post provide a U.S. Flag for display at this wall and monthly prepares goody bags that are then distributed at the South West gates to departing service members on their flights. Starting in 2010 the Post decided to continue Post 4050’s annual Memorial Day Ceremony in the North Kansas City Public Veterans Park, this ceremony is conducted each year.

2011 the Post donated their hall to the family of Jeremy Katzenberger.  Jeremy was killed-in-action while serving with the Rangers in Afghanistan.  The Ranger family appreciated our support to them and their family that the adopted the Post.

2012 the Post honored with a reception Robert Motley, a Post Life Member, recipient of the Congressional Gold Medal for his service in World War II with the Montford Point Marines. In 2012 marked our First Annual Golf Tournament, held at the Deuce at the National Golf Club of Kansas City.

2013 the Post brought to Parkville the "Remembering Our Fallen” display which illustrates with photographs the young men and women, from Missouri,  that lost their lives while fighting the "War on Terror” since 9/11.  During this year we again hosted a Golf Tournament.  In 2013 we also participated in the Parkville 4th of July parade, set up a booth at the SWAT (Support Weatherby’s Adopted Troops) picnic, assisted in conducting the "Outward Bound For Veterans” program at the Garden Village Retirement home.  The membership also voted to start a raffle to fund a fitting memorial for on of our own a Life Member Sgt. Channing "Bo” Hicks that was killed-in-action in Afghanistan.

2014 the Post hosted the 3rd Annual Golf Tournament and participated in the Parkville 4th of July parade.  During this year we continued our support of youth and participating in youth scholarship programs.

2015 the Post once again hosted the 4th Annual Golf Tournament, participated in the Parkville 4th of July parade and started a monthly visit to the Gardens at Barry Road Retirement home with the resident veterans.  The membership decided that the memorial for Sgt. Channing "Bo” Hicks should include a local comrade Sgt. Jeremy Katzenberger who was also killed-in-action in Afghanistan.  A fitting memorial of a battle cross with their names placed on a plaque was dedicated to the Post with members of "Bo’s” Black Lions and Jeremy’s Rangers present.

Post membership also joined the Department of Defense program to honor the 50th Anniversary of the Vietnam Ward.

2016 the Post again hosted the 5th Annual Golf Tournament and participated as the "Grand Marshall’s” in the Parkville 4th of July parade.  In the parade we featured two floats one with Vietnam Veterans and one with all others.  Leading the Vietnam float was a banner carried by our Civil Air Patrol that displayed the Platte County Residents that were killed-in-action during the Vietnam war making this part of our 50th Anniversary Commemorative process.  This year marked are first attempt in hosting a "Veterans Fair”.  1,400 post cards were sent out to veterans families in our area to join us at this fair.  We have Veterans Service Officers, health insurance companies, Social Security and about 20 additional vendors in attendance to visit with the veterans and their families.  All-in-all it was a good fair helping 23 veterans with their benefits.

2017 -  Started the year with a Youth Scholarship Dinner where we honored our students that participated in Voice of Democracy and Patriots Pen.  We also had a Teacher of the Year.  The Auxiliary had a very interesting Bird Show that was well attended.  We had our 6th Annual "Swing for Veterans" golf tournament.  We had a St. Patrick's Day dinner hosted by the Auxiliary and our annual free Veterans Day Dinner.

2018 - Again had our Youth Scholarship Dinner as we honored Voice of Democracy, Patriots Pen, Teacher of the Year and Scout of the year.  St. Patrick's Day dinner was well received.  We started gearing up for the VFW National Convention to be held here in Kansas City.  We hosted a dinner for Past Commander-in-Chiefs.  Had our 7th annual "Swing for Veterans" golf tournament.  We had special Veterans Day activities with Parkville Presbyterian Church.  The developers that met with us four years ago is still interested in trading on facility (location)for a brand new turn-key facility about a half mile east of our location.  We again worked "Toys For Tots".

2019 -  Our Youth Scholarship dinner was held in December of 2018 honoring our Voice of Democracy, Patriots Pen and Teacher of the Year.  Once again the Auxiliary hosted the St. Patrick's Day dinner.  With new leadership we started having Commanders Call the second Thursday of the month and at least one dining out at a local restaurant each month.  We entered once again the Parkville 4th of July parade winning top honors for the fourth year-in-a-row.  We also set up a booth for the weekend selling bottled water and Root Beer Floats as well as run a recruiting and VSIO booth.

Thank you to the following who support our Veterans. Click on the logo(s) below for more information. 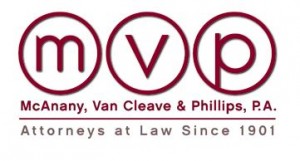 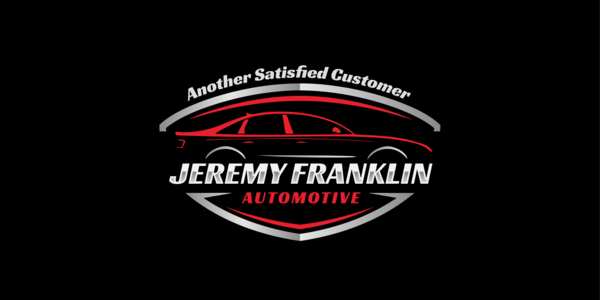 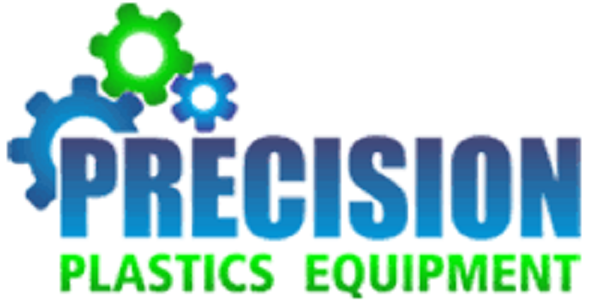 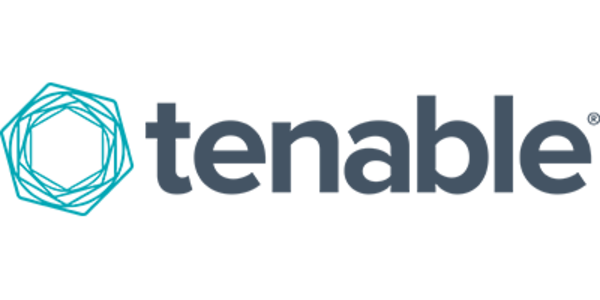